A Tribute to HRH Prince Philip, The Duke of Edinburgh

The Members of Prince Philip Centre PHAB Club are meeting by  Zoom® at the moment. They had planned a GRAND RAFFLE to Celebrate HRH Prince Philip’s 100th birthday on Thursday 10th June  2021.  After a discussion the members decided they still wanted to hold the raffle by Zoom® on Friday 11th June in memory of His Royal Highness to think back on the special days when he visited the Leeds PHAB Club.

The President, Patron, Trustees and all members of Phab send their  greatest sympathy to Her Majesty the Queen and The Royal Family following the death of the Duke of Edinburgh on 9th April 2021.

Members of Prince Philip Centre Phab Club in Leeds remembered with great sadness, but also with many wonderful memories, the three visits which HRH Prince Philip, Duke of Edinburgh made to the Club over the years. His Royal Highness had been involved from 1960 when money was raised to build the centre and sports fields for the young people of Leeds.

The Phab Club was established when the Centre opened and of course it was named Prince Philip Centre Phab Club.

These photographs were taken during Prince Philip’s most recent visit to the Phab Club in March 2011, to celebrate the Club’s 40th Anniversary. He unveiled a commemorative plaque and was introduced to Phab members and guests by Mike Ball, Club Chairman and Ann Hart, Secretary. Whilst members enjoyed afternoon tea  he visited every table, and chatted informally to members leaving each group smiling and laughing.  It is a day members will never forget.

Over the years, many PHAB members and volunteers have greatly benefited from the incredible opportunities afforded by the Duke of Edinburgh Award programme. 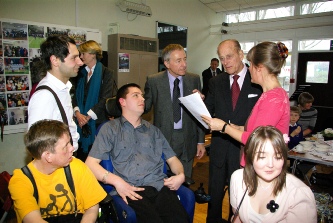 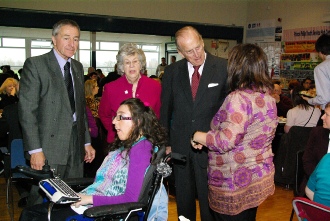 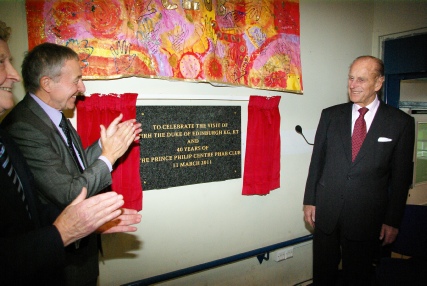